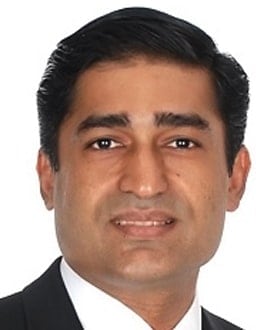 Rajeev is a first-generation entrepreneur and Angel investor in technology start-ups.

He along with his brother built one of India’s largest Security, Safety & Building Automation companies, which was acquired by Siemens.

Subsequently, they are focusing their efforts on technology businesses for the Building & Transportation verticals, with a presence in Australia, India, Ireland, Singapore, and the USA.

Rajeev is an alumnus of Loyola College and University of Chicago, Booth School of Business.

He is an Executive Committee member of The Chennai Angels, Charter Member of TiE Chennai, and Founding Director of Chennai International Centre (CIC). He is the Founder President of the Entrepreneurs’ Organization in Chennai, former Regional Chair of the Young Presidents’ Organization in South Asia, and is also the Honorary Consul of Ireland in Tamil Nadu.