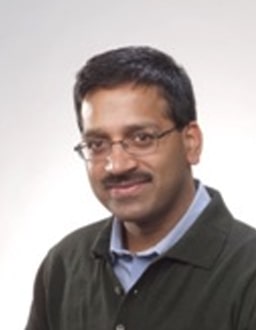 Ram has led the strategic growth of the company in product sectors such as new gTLDs, Managed DNS, and Internationalized Domain Names (IDNs).

Ram serves on the Board of Directors of the Internet Corporation for Assigned Names and Numbers (ICANN) in a non-voting capacity. Ram is a pioneer in both Internet security and Internationalization. He is a founding member of the Security and Stability Advisory Committee (SSAC), which consists of Internet pioneers and technical experts who provide guidelines and advice on matters concerning Internet security and stability.

He advises several governments on Internet security and Internet globalization issues as part of the Afilias ccTLD portfolio.

Prior to joining Infonautics, Ram worked with First Data Corporation, Unisys Corporation, and KPMG Peat Marwick in a variety of leadership, engineering, and technology positions. Ram is also co-founder of the technology behind TurnTide, an anti-spam company acquired by Symantec.

Ram was previously named one of the Philadelphia Business Journal’s 40 under 40 and is a recipient of InfoWorld’s CTO 25 Award.

He is a founding member of the ISOC Philadelphia Area Chapter and serves on the advisory boards of several startup companies, as well as the Lifeboat Foundation’s Scientific Advisory Board. Ram is also actively involved in cancer-related nonprofits.

Ram’s educational background reflects his belief that technology is best used for business advantage and market leadership. He has a Bachelor’s degree in Electrical Engineering from the University of Mangalore, an MBA in Entrepreneurial Management from Bharathidasan University, and left most of the way through his second Master’s in Computer Science at Philadelphia’s Drexel University in order to take Infonautics public.

An inventor, he is also the author of several patents.