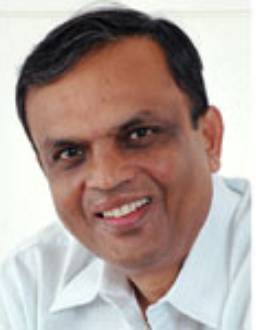 R Ramaraj is a serial entrepreneur who has been involved in ventures in IT cellular and Internet. His last venture was Sify, where he was the Co-Founder and CEO and was the first Indian Internet Company from India to list on NASDAQ National Market in the US (NASDAQ SIFY).

He was recognized as the Evangelist of the Year at the India Internet World Convention in September 2000 and was also voted the IT Person of the year 2000, and in 2001, in a CNET.com poll in India,

Currently, he is the Senior Advisor at Elevar Advisors Pvt Ltd. He is also associated with a couple of funds focusing in the social sector. He is a Member of the Board of Governors of the Indian Institute of Management, Calcutta

He is the first Indian to be invited to the Board of Directors of ICANN (Internet Corporation for Assigned Names and Numbers)where he served for 6 years as an Independent Director. He was a member of the Global Board of Trustees of TiE (The Indus Entrepreneurs).

In 2010, CII recognized him with a Lifetime Achievement Award for nurturing the Spirit of Entrepreneurship and inspiring and mentoring numerous entrepreneurs.

He worked in Johnson & Johnson in Sales & Marketing for over 7 years and subsequently co-founded Computer Point & Microland.

R.Ramaraj holds a B.Tech in Chemical Engineering from the University of Madras and an M.B.A. from the Indian Institute of Management, Calcutta.