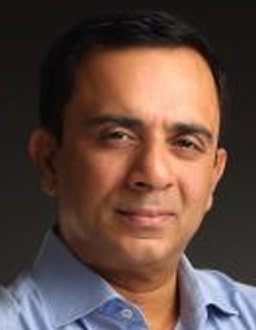 Reji Joseph is a Chartered Accountant with a degree in Economics from Loyola College in Chennai.

He has leadership-based expertise evaluating key business drivers and developing strategies to achieve sustained profitable growth for stakeholders. He possesses on-site international experience and has served on the boards of prominent companies.

He has exhibited his business acumen in providing insights to realize the vision of corporates and capture regional opportunities via expansion, repositioning, M&A, turnarounds, and business culture transformations. He has successfully built a solid track record of success.

Reji served as the CEO at Al Anwar Holdings, a listed private equity company where he was able to turn the group around to register record growth and performance.

He assumed charge when the company reported record losses and orchestrated a rebuilding that saw a record turnaround in profits in their corporate history. In 2016, the Oman Economic Review ranked him among the top 100 CEOs.

He was previously associated with KPMG as their Director of Corporate Finance. A major chunk of his work experience has revolved around management/private equity/corporate finance over the past 2 decades.

Presently residing in Chennai, he is now a respected investor, advisor, social worker, and artist in his free time. He is the trustee and treasurer of Prathysaha ‘A Home of Hope’ which is an NGO for children with HIV/AIDS.

Being a gifted artist he has held solo and group exhibitions. His works can be viewed on the website www.reji7000.com. His paintings were showcased in a month-long solo exhibition held in March 2018 which was sponsored by DakshinaChitra.

His artworks have also been selected for the Affordable Art Fair in New York in 2018.

In his free time, Reji enjoys a round of golf, indulges in scuba diving, practices martial arts, and relaxes with cycling.

He is an active member of The Chennai Angels and is also associated with The Madras Management Association and the TiE - Chennai Chapter.