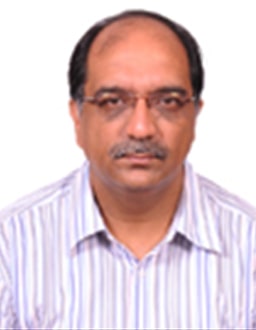 Sanjay is the Managing Partner of AP International. He started his career with the family business of finance of films and commercial finance which has been in existence since 1956. He has diversified the business and grown the media business, becoming one of the largest exporters of Tamil films from India.

In the course of his career, he has been involved with setting up Pyramid audio (a leading audio label in South India) and also has set up AnAk Exports Private Limited, a 100 percent EOU for the export of films in various digital formats.

He completed his education at Don Bosco, Loyola College, Chennai, and his MBA in finance from the University of Scranton, the USA in 1987.

Sanjay is married to Vrinda, and have 2 children, his son Anish has graduated from the University of Warwick UK in Sept 2013 with his MS in business (finance and accounting) and his daughter is in Nottingham Trent University pursuing her MSc in Digital Marketing and Social Media.