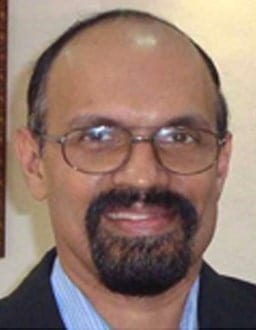 Mr. Satish Kumar stepped down on March 31, 2009, from the position of the Managing Director and CEO of Henkel India Ltd, a subsidiary of the German Consumer Goods Major, Henkel AG & Co. KGaA.

At the age of 39, he was the youngest to become a CEO of SPIC group of Companies. Since then he was on the Boards of Lakshmi Vilas Bank, Amrutanjan Healthcare Ltd., RoyalSoft Services Ltd.

He is currently on the Advisory Boards of XS Real Properties Private Ltd, Ardor Group, etc. He has advised a number of companies like The Elgi group in Coimbatore, Resil Chemicals in Bangalore, and Cholayil Group in Chennai.

An MBA from the Indian Institute of Management, Ahmedabad, and an Alumni of Columbia University through their Senior Executive Program, he has over 25 years of experience in the Industry.

His accomplishments have been the startup business for Henkel in India beginning with the implementation of their production facilities and developing a National Sales and Distribution Network.

Henkel India has received a number of awards in the last 20 years including ‘Most Admired Company’ by Marketing Journal A&M, Indira Award for Marketing Excellence, FMCG Award for Pril Bar in debutant category, FICCI & Green Tech Award for Environment Excellence, Product of the Year Award for Pril and Bref, etc.

He is in the Advisory Boards of Ralakshmi School of Business, Chennai, Rajagiri School of Management, Kochi, and Academic Council of Chennai Business School.

He is a mentor to a number of entrepreneurs and students. He is in the Governing Council of IIMPACT, a non-profit organization supporting quality primary education to illiterate girl children.