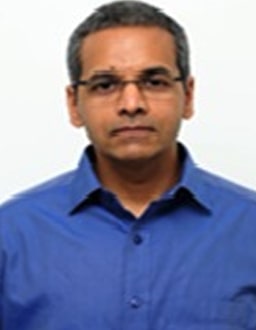 Born November 8th, 1969, Srini completed his schooling in 1987 from Vidya Mandir, Mylapore, Chennai, and received his Bachelor’s in Commerce in 1990 from Shri Ram College of Commerce, Delhi.

When he joined his family business soon after, the Vikatan Group was a print-only Magazine Publisher with its flagship weekly Ananda Vikatan widely respected.

He spearheaded Vikatan’s diversification to magazines in multiple genres, expanded head-on into the internet publishing space in 1997 when titans in print were writing-off the medium as a hoax, ventured into TV production when satellite TV took off in 1998.

All this, while Tamil reading in general and the print medium in particular, were both being written off by pundits as a ‘sunset industry’.

24 years later, today, he oversees a truly diversified Media house with 13 magazine titles in Tamil boasting of a combined sale of over 1 million copies every publishing day, enlarging its footprint into Book Publishing, TV Production, a formidable presence in Digital and the social media has grown the group turnover 35 times over @ a CAGR of 16.5%!

He met Radhika the same year he joined the business and they have been happily married since 1994. She is his better half not only at home but also being the Creative force behind the TV production business that has been producing the #1 TV Daily Soaps in TN for over 10 years in a row!

In his spare time, Srini loves to play Tennis (but his knees protest), Cycle, Yoga, and play the Guitar (but is woefully short of practice) and watch movies with the family.