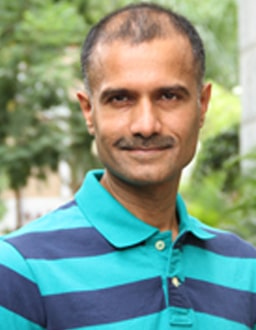 In 1991, Kalpathi S. Suresh, after having just returned from the US, co-founded SSI Ltd., along with his two brothers, Kalpathi S. Aghoram and Kalpathi S. Ganesh, with a bold initiative to launch High-End Short Term IT Training courses, a concept that was unheard of in the Indian market.

For almost a decade and a half, SSI Education, the IT Training arm of SSI Ltd., became/remained India’s first and only High-End Short Term IT Training provider.

Within a short period of 10 years, SSI grew from a one centre Education provider to a strong 1000-location organisation with a completely new offering in the marketplace.

By the mid-1990s, SSI offered shares to the public in a highly successful IPO, within 4 years of its incorporation.

In the late 1990s, SSI set up a technology arm, SSI Technologies which subsequently led to the creation of Indigo Markets, the much-talked-about Joint Venture with The NASDAQ Stock market. It was the software of SSI Technologies that powered some of the high profile stock exchanges globally.

At the turn of the century, SSI became the first Indian IT company to list in the main market on the London Stock Exchange with an offering of $100MM; later in one of the biggest acquisitions in the IT Industry, it acquired North America based Albion Orion.

In less than a decade, SSI had achieved significant milestones - MotilalOswal award for the biggest wealth creator along with Wipro, nominated for E&Y Entrepreneur of the Year award, Best Annual Report for a listed company and rated by S&P as the best in adopting corporate governance along with Infosys.

While SSI Education had become one of India’s top 3 IT Training and Education brands with a national presence, SSI Technologies saw one of the fastest IT ramp-ups in the Indian Industry having achieved 0 to about $100MM in under 5years.

By 2004, SSI had successfully bought out Aptech and merged SSI’s education arm with Aptech, and sold the technology arm to Cambridge Technologies.  Subsequently, SSI also sold Aptech (now merged with SSI Education) to an investor group based out of Mumbai.

The Kalpathi Family then made an entry into the real estate space with the purchase of the 70 acres Binny Mills Property in North Madras. The group also purchased the marquee Dasaprakash Hotel in Ooty as a part of its property portfolio. Within 3 years, the group sold the real estate business, including this high profile property, in a deal worth around Rs.1000 crores.

Having built and created a hugely successful global brand, the Kalpathi Group has now turned its focus on encouraging young entrepreneurs to create new global brands with their flagship company Kalpathi Investments, a Chennai based VC Fund.  The group is also developing an entertainment business on its own under the brand of AGS that includes production, distribution, and exhibition.