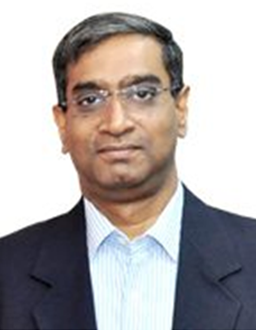 Venkatesh, fondly known as Venky, currently serves Cavinkare as Director & CEO.  In addition to directly taking care of the largest SBU (Personal Care & Alliances), he also serves as a senior board member/director playing an active role in mentoring the various business verticals/SBUs on their strategy, go-to-market, and driving the overall strategic growth priorities of Cavinkare.

He also has an active interest in the startup ecosystem and has been making small angel investments & guiding some of the new economy startups. He is also an advisor on the board of one of the management programs offered by TAPMI.

With a cumulative experience of over 25 years, Venky joined Cavinkare in April 2018 after an exciting, extensive leadership stint of almost 20 years in the telecom industry.

Prior to joining CavinKare, Venky was with Airtel. A long-timer in Airtel, Venky has served in varied roles across strategy, operations. Earlier in his career, Venky has worked with Reliance Industries, Escotel Mobile communications.

Venkatesh is a proud recipient of the Fulbright Scholarship awarded by the Board of Education & Cultural Affairs, USA.

Personally, an avid reader and a marathoner, Venky loves traveling. Having traveled across the globe and lived across almost 8 cities across India in the last 25 years, he counts this as a priceless experience of living/traveling amidst varied cultures & people.