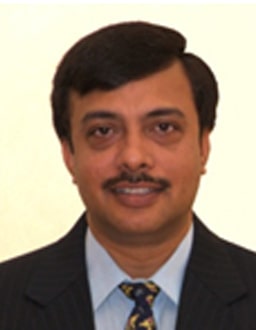 Mr.Vinod K Dasari is amongst the top few CEOs in India with a proven track record of managing complex businesses globally. Before joining Royal Enfield, he held the position of Managing Director & CEO, Ashok Leyland since 2011. He joined Ashok Leyland in 2005 as the Chief Operating Officer.

Mr. Vinod Dasari has held senior positions in Cummins India Limited, where he served as the President and went on to become its Joint Managing Director.

He joined Timken Company, a world leader in bearings and steel, after starting his career with General Electric in 1986. He served as the Managing Director of Timken India and thereafter as the President of its Global Railroad business in the USA.

In his career, Vinod has received several accolades for his leadership including the “CEO of the Year” by Business Today and more recently Business Standard. He has also been honored as the “CV Man of the Year” by CV Magazine and “Autocar Professional of the Year”.

Vinod has also served as the President of the Society of Indian Automobile Manufacturers (SIAM) from 2015 to 2017 and as President of the Automotive Research Association of India (ARAI), from 2013 to 2015.

Vinod is married to Sarita, a doctor with a specialization in Nephrology and Hypertension.  They have two sons, Vishal and Sanjay. Vinod enjoys cricket, movies, and golf.